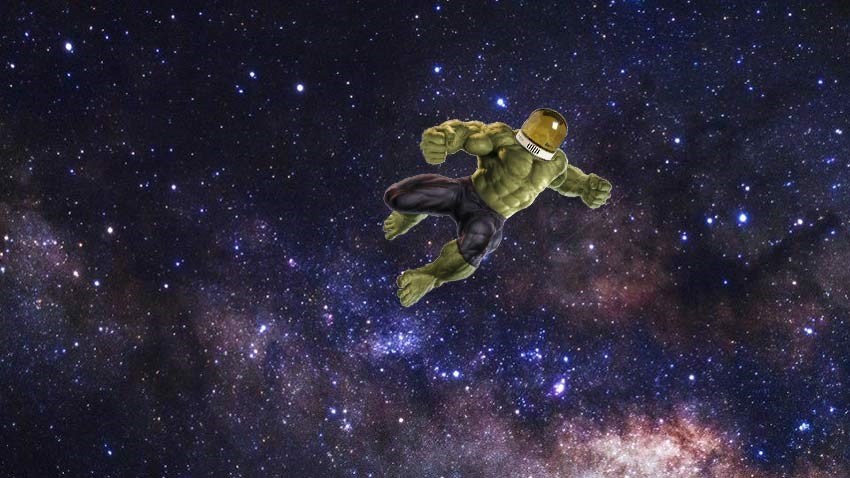 This post is a little off-topic because it’s not about death, but this is my blog and I do what I want. I do have some new posts coming up, about cleaning bones, and about Lady Dai, the Chinese mummy. I’m hoping to get to them by the end of March, but I have my licensing exams next month so currently much of my free time is taken up by studying or by feeling like I should be studying because I don’t know enough things. Just like grad school!

Anyway, I’m sure by now you’ve probably read at least one sensational headline about twin astronauts Scott and Mark Kelly, and how NASA discovered when Scott came back from a year in space that his DNA was TOTALLY mutated and way different from that of his identical twin, Mark. OMG Wow! Space is SO CRAZY! Well, it’s not untrue that space is crazy, but unfortunately the rest of those news stories are wrong because it turns out that most journalists don’t know a lot about genetics (who knew?) and so fundamentally misunderstood NASA’s press release about Scott Kelly and his magic space genes, which they then accidentally misreported to everyone else in the world. WHOOPS. Luckily for you, I sort-of know about genetics (thank you, minor in biological science) and I’m here to explain what they actually probably mean. Hooray!

The major problem with the reporting of this story is this: if Scott Kelly’s DNA had actually mutated while he was in space, he would probably just be dead, because, sadly, we don’t live in a comic book universe where fucking up your DNA turns you into a superhero. Our DNA does mutate naturally, but these mutations are miniscule mistakes that occur during cell replication, where one base-pair (out of millions) gets reversed or skipped or added, and those mistakes occur in single cell-lines, they’re not a fundamental re-organization of your entire genome. They’re boring, and also the reason why we get old and/or develop certain cancers. You know, reguar Earth stuff.

What actually happened, but which doesn’t sound as cool and insane as MUTATED DNA, is that Scott’s gene expression was altered by the environment of space, which is an entirely different thing. Gene expression refers to which of your genes are switched on and doing stuff (i.e. expressing themselves). If you have a basic understanding of genes and DNA, you will know that we inherit traits from our parents, and these traits are controlled by genes. While some forms of gene expression, like eye colour for example, are pretty static and don’t change, others are quite dynamic and their level of expression can vary depending on environmental conditions, and if other genes are switched on or off; something which is referred to as epigenetics.  Rather than thinking of genes in terms of a switch that only has two setting, “on” or “off”, if you instead picture them as having a large number of settings in between on and off, like one of those sliding dimmer switches, that’s epigenetics. Sort of. Sometimes genes are on, sometimes they’re off, sometimes they’re somewhere in between, and it may or may not depend on which other genes are also on or off at any given time. I drew you a picture to illustrate:

SO, what actually happened to Scott Kelly’s genes in space (not his DNA) was that the way they functioned was altered slightly to compensate for the vast difference in the environment of space compared to the environment on Earth. This isn’t actually even that unexpected if you think about it, because our bodies operate best within a very narrow range of conditions and so always seek to maintain the optimum. For example, average normal body temperature for an adult is 36.5-37.5 °C, anything above that and you’re considered to have a fever, and below that you’ll be developing hypothermia.  This is why we sweat when we’re hot, and shiver when we’re cold; the body is trying to stay within that optimal range, a process known as homeostasis. Basically, epigenetics allowed Scott Kelly’s gene expression to change in order to allow him to maintain homeostasis, so that he could stay alive.

On the one hand, this is obviously way more boring and pedestrian than him coming back from space with different DNA, it takes longer to explain, and it requires a more-than-basic understanding of biology and genetics (but it’s still neat because it happened IN SPACE, and it shows how far the human body’s adaptive capabilities stretch). On the other hand, it also gave me the opportunity to make this incredible pun: HOMEOSPACEIS. I can’t believe major news organizations would choose sexy, yet wildly incorrect headlines over scientific accuracy and nerdy puns??

islands and in between

The Bioarchaeology of Childhood | Sian Halcrow

I study dead babies from the past

Archaeology -- Pseudoarchaeology -- School -- The good, bad, and the ugly about life in the trenches and life as a student